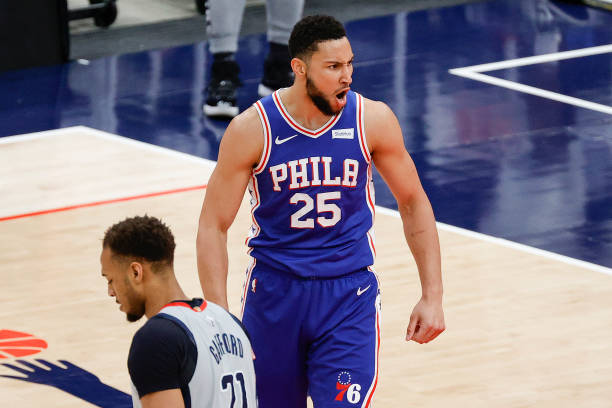 Like every other 76ers fan, I had hoped this situation resolved itself. Long before training camp and the preseason began. Wishful thinking, sure, since every report this summer was more of the same: the reality a trade wasn’t ever close. We’re a weekend away from media day where questions will only be about Ben Simmons, someone thousands of miles from Philadelphia.

The situation is infuriating for a myriad of reasons. Simmons, rightfully, wants to be traded. Yes, he’s under contract, but everybody knew he couldn’t return to Philadelphia. Not after the embarrassment that happened mere months ago. How a golden opportunity to advance to a conference championship cratered in such a dreadful and open fashion. The kind of humiliation that no amount of time, conversation or understanding can compensate.

It was always going to be tricky, but, because Morey has been in tough spots before, I figured it would work itself out before any true drama endured. In theory, it will only become uglier, which might not be this big problem that requires Morey to take a shitty deal.

Eventually, games will be played. With or without Simmons. If he’s far from the arena, the questions won’t be as persistent, or at least Doc Rivers and his team will grow numb to them all. A breaking point will be reached. Ideally, Washington or Portland struggle, or a playoff wannabe grows desperate, and Morey gets exactly what he wants. (And it’s not the other way around where the Sixers stink). It’s fascinating because unlike Anthony Davis or James Harden, there haven’t been these godfather-like offers. Here’s a multi-time All Star available, but nobody really wants him, which creates the ultimate staring contest.

As a fan, you want something to happen now. Take the best deal, and let’s just move on from the most controversial athlete in Philadelphia since well… Carson Wentz. There’s definitely more animosity for Simmons. Wentz had his believers. But Simmons has been perplexing for his entire Philadelphia career. It’s not the most controversial stance to say Philadelphia is better with Simmons than without him, but unlike previous years, the Sixers at least have a formidable, intriguing replacement in Tyrese Maxey.

Maybe it’s too early for Maxey. Maybe he’s incapable of being a true point guard. But right now, it’s a tremendous chance for someone who seems ready for the spotlight. He hasn’t even been in Philadelphia for a year, but it feels like Maxey belongs. His playing style is a fresh of breath air. You always try and find a positive in any situation; Maxey is that positive. Based on his rookie season, he isn’t ready to be Simmons, and that’s fine, but Maxey isn’t someone who will shy away from it. I wouldn’t count him out.

With Simmons out of the picture, the focus shifts to who’s there. Furkan Korkmaz and Matisse Thybulle have opportunities. Tobias Harris has more responsibility. This will be Joel Embiid’s best chance to be MVP. That’s how I choose to view this season. With rose-colored glasses.