Way back when (1998-2003) Disney Channel pumped out some great movies for their fans to enjoy. Those days are over, but let’s take a trip down memory lane and relive the ten greatest Disney Channel Movies. This list will never change because no possible movie released in the present can top the epic movies from the late 20th and early 21st centuries.

The 2003 film about a Jewish basketball team in Philadelphia is inspired by the true life of Lamont Carr, a former Virginia basketball star. Everyone remembers Alex and his evil mother who doesn’t understand why Alex loves basketball more than school. But, like every Disney movie ever, Alex and his mother finally see eye to eye at the end of the movie to create a happy ending. 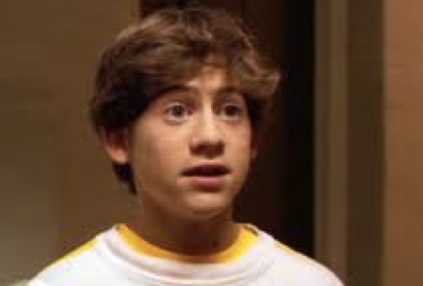 This 2000 Disney Movie features the lovely Kaley Cuoco as a high school bowler. Todd, a basketball star who used to make fun of the bowling team, is forced to join the bowling squad because his friends signed him up for it as a joke. With the Mighty Apple trophy up for grabs, Todd has to coexist with his fellow teammates, as they try to win the bowling match.

What a movie. Eddie is a great baseball player who figures out his real passion is cooking. His dad, however, really wants him to earn a scholarship for baseball. Eddie ends up leaving a big baseball game to compete in a cook-off. Although he loses the cook-off, Eddie wins something much more important–his father’s approval.

This movie is the ultimate St. Patrick’s Day film. Kyle Johnson, a high school basketball player, wants to find out more about his Irish heritage. His mom is from Ireland, and turns out to be a Leprechaun, which means that Kyle, right before the big game, begins to experience changes in his height and physical appearance because he also is a Leprechaun. This movie is filled with many twists and turns, but ultimately Kyle fights his way and proves that sometimes you don’t need luck.

The ultimate Disney Channel movie. Released in 1998, Halloweentown had great success. The fictional fantasy world of Halloweentown is one of my favorite movie settings ever. And c’mon, how great of a name is Marnie Piper?

5. The Even Stevens Movie.

I don’t think this movie needs an introduction. The TV show featuring Ren, Louis and Donnie was a big Disney Channel success. The 2003 movie is about the Steven’s family invited on vacation to a luxurious island only to release they are apart of a new TV show called “family fake out.”

4. Mom’s Got a Date with a Vampire

The 2000 Halloween-themed movie became a Disney sensation. Chelsea and Adam Hansen want to go out on a Friday night, but are both grounded. So they try to set up their divorced mother Lynette (played by Caroline Rhea) with a man named Dimitri, who happens to be a vampire. Along with their brother Taylor and a vampire hunter Malachi Van Helsing, they stop Dimitri before he harms Lynette. Helsing is played by Robert Carradine aka Lizzie McGuire’s dad in the popular Disney show.

This 1999 movie stared Ryan Merriman, who plays Kyle Johnson in The Luck of the Irish, is a high school computer wiz named Ben Cooper who constantly enters his family into a contest for a new smart house in the neighborhood. The Cooper family wins the smart house, and his father and sister agree to move in. But problems occur when the computer in the smart house named Pat intervenes too personally with the Cooper family and proves that technology is not always the best thing.

Tsunami has many similarities to an early movie titled “Air Bourne.” Johnny lives in beautiful Hawaii where he surfs daily with his legendary grandpa. His dad, though, does not approve of Johnny’s grandfather’s lifestyle. Johnny’s dad takes a job far away from Hawaii in the Northeast United States where skiing is the dominant sport. Johnny doesn’t feel like he belongs with the private school kids who spend their free time skiing, so he decides to try snowboarding because of its similarities with surfing. Johnny and fellow snowboarder Sam become best friends even though Sam goes to a public school. In this modern day West Side Story, Johnny is the protagonist who saves the day.

Without a doubt the best Disney movie ever. Might possibly be the greatest movie ever. So many great quotes are in this movie. From “Soul skaters” to “baking a cake is a lot like friendship,” Brink! provides the audience with an abundance of life lessons that reminds us how truly wonderful Disney Channel used to be. Andy “Brink” Brinker is a high schooler who abandons his friends to join Team XBlades. He becomes a sellout because he chose money over loyalty to his friends. But in the end, his friends accept his apology and Brink leads Team Pup ‘N Suds to a championship. Bone-chilling movie. 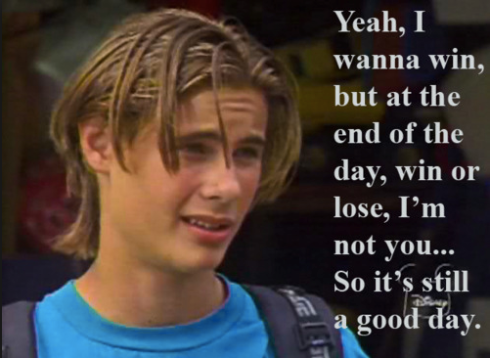