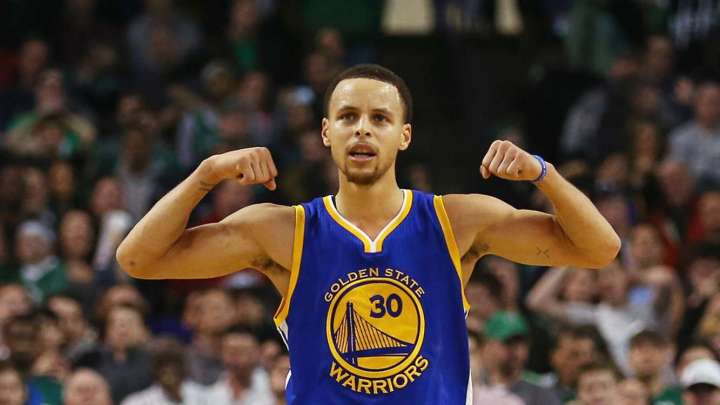 The NBA remains a league with little parity. It’s real neat that Golden State won the championship last year. It was good for the teams without a generational talent. It’s easy to say the Warriors don’t have a transcending star. After all, Andre Iguodala won Finals MVP after averaging 7.8 points a game in the regular season.

But maybe the Warriors do have a generational talent. Those Warriors earned that championship. It doesn’t matter that injuries happened to star players on opposing teams. Luck plays a role in every team’s championship run, so why should it matter for a team that supposedly lacked a generational talent? Stephen Curry is no LeBron James, Tim Duncan or Kobe Bryant in the traditional sense. Curry’s a superstar. He might be the best shooter ever. And maybe, in the modern NBA, Curry can be generational. In actuality, he already is. Maybe Curry leads Golden State to several championships, or maybe not, but Curry’s already made a splash in terms of influence on younger fans. Everywhere I go, I see kids wearing his jersey. He’s easy to cheer for. He played low Division I basketball at Davidson. His dad played in the NBA. His dad starred at Virginia Tech. Curry wanted to go there, but they didn’t even want him. Think about that… Virginia Tech didn’t want him. And he just won the NBA MVP. I know for a fact that gives hundreds of thousands of young basketball players’ hope. Maybe that skinny 3-point shooter from a low Division I school could win MVP, too. Curry’s influence on today’s youth can’t be overstated. LeBron switched teams last offseason yet more people bought Curry’s jersey.

Like Curry, Steve Nash attended a school not known for producing NBA MVPs. Nash’s Phoenix Suns ran a high-pace offense that heavily relied on 3-pointers. Nash was the conductor. He made everything happen. The Suns didn’t get lucky in the mid 2000s, but Nash inspired so many NBA wannabes. Nash won two MVPs. I don’t know if he deserved them, but he received enough votes to win them both. Curry studied Nash. He studied his handles. He studied his passing. He studied his quick release. Curry saw Nash’s style, and the freedom that Nash had, as the style and freedom he wanted to play. That’s why Golden State never wavered last summer when they could’ve traded shooting guard Klay Thompson for Kevin Love. That would’ve been a mistake. What makes the Warriors so good is the freedom Curry has in their offense that creates opportunities for teammates. He creates things for Thompson. He creates things for Harrison Barnes. He creates things for Iguodala. Although Nash was the experiment for this fun, seven seconds or less-type offense, Curry is the proof that it works. Nash’s style, as created by Mike D’Antoni, won Phoenix lots of games, but people still doubted it because it never won a championship. An undersized, crafty point guard never led a team to a championship without a dominant big man (Tony Parker) or dominant defensive team (Isiah Thomas) until now. Until Curry led Golden State last season.

Yeah, Curry had the best offensive and defensive ranked team. The Warriors had depth. The Warriors had really solid coaching. The Warriors didn’t have to face the Clippers, the Spurs or the Thunder. Kyrie Irving played one NBA Finals game; Love didn’t play any. But they earned a championship, and it wouldn’t have been close to possible without a guy from Davidson.

Teams can develop their culture like Golden State. Teams can have a carefree environment and a dominant offensive game plan. But it’s impossible to duplicate Golden State without a Stephen Curry-type player.

Curry was the anchor. Curry was the guy who stepped up after Cleveland took a surprising 2 games to 1 lead. Curry was the one who said, enough is enough when reporters and analysts claimed Matthew Dellavedova’s defense was the reason why Curry struggled in the beginning of the series.

Curry stepped up like he’s done so many times before. Underdogs play with a chip on their shoulders. Underdogs, even underdogs whose dad played in the NBA, aren’t given anything. It’s a good thing Virginia Tech never offered Curry a scholarship. It’s a good thing no major college did. Who knows where’d Curry be if he played for the Hokies.

Curry has continued the path Nash paved in the mid 2000s for crafty guards to make a difference on the court. The modern, space and pace style fits guys like Curry.

Many label Curry as the best 3-point shooter ever. Maybe that’s why it’s hard to see a guy like Curry as a generational talent. The 3-point shot was once considered a luxury. Not every team had a 3-point shooter. And never before had a guy relied so heavily on that weapon to win a championship. Curry isn’t one dimensional at all, but if you asked a random fan what Curry does best that person will most likely say, “3-point shooting.” Reggie Miller couldn’t win. Ray Allen won twice, but never as the GUY. Curry did it in June 2015. Curry joined LeBron James, Tim Duncan, Shaquille O’Neal, Michael Jordan, Hakeem Olajuwon, Magic Johnson, Larry Bird, Moses Malone, Kareem Abdul-Jabbar, Willis Reed, Wilt Chamberlain and Bob Cousy as the only players to win regular season MVP and the NBA Championship in the same year.

Which is why Curry is a generational talent.